On 15th April 2020 Rosemary spotted her first damselfly of the year by her garden pond at Bliss Gate.

“I thought it was a bit early, so sent my Large Red Damselfly photo to Mike Averill, the county recorder for Odonata.”

“He told me that someone had seen one 2 days earlier, so mine was not the first 2020 county record, although it is the first he’s heard about in the Wyre area. He says that this hatch is 2 weeks earlier than 20 years ago for this species.” 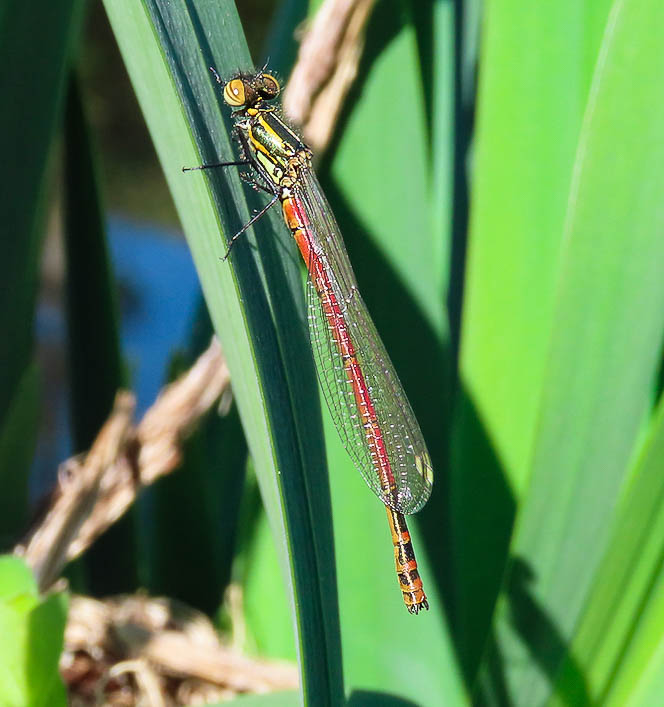