Wyre Forest Study Group
30
September, 2017
Fly Agaric (Amanita muscaria)
Autumn is here. Trees are colouring and their leaves beginning to fall, the Fallow deer rut has begun in the Forest, and toadstools are appearing in good numbers. Fly Agarics are splendid if you can find them before the slugs reach them. After heavy rain the white warts on the cap can be washed off making the fungus look like a different species. 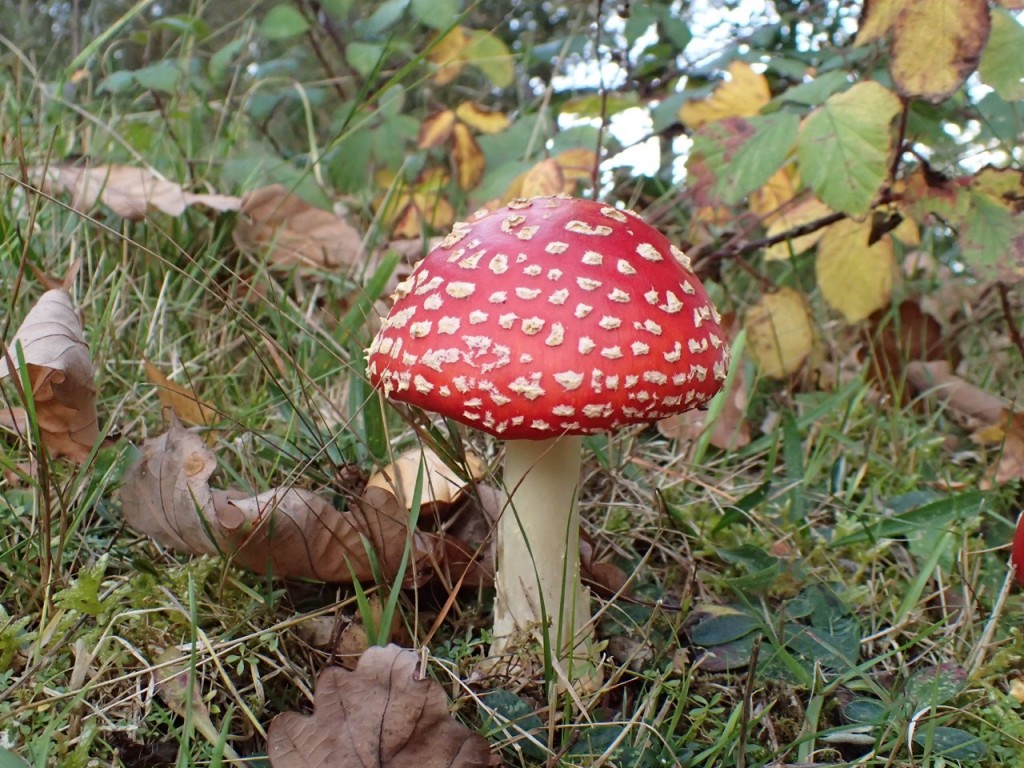 Fly Agaric, Bliss Gate, 29th September 2017
Photograph by Rosemary Winnall
Fly agaric has a long history of being used in religion particularly in Asia. It has been used in a sacred and hallucinogenic ritual drink called Soma in India and Iran for over 4,000 years. It has also been the topic of a Hindu religious hymn.

This toadstool has turned up in many fairy tale stories and is famous in the story of Alice in Wonderland where she is given some fly agaric to eat. It has also been shown in TV series like the smurfs and in the video game super Mario Bros

“Fly agaric was traditionally used as an insecticide. The cap broken up and sprinkled into saucers of milk. It’s known to contain ibotenic acid, which both attracts and kills flies.”
The Fly agaric was commonly found on Christmas cards in Victorian and Edwardian times as a symbol of good luck and its colours are thought to have been the inspiration for Santa Claus’s red and white suit. 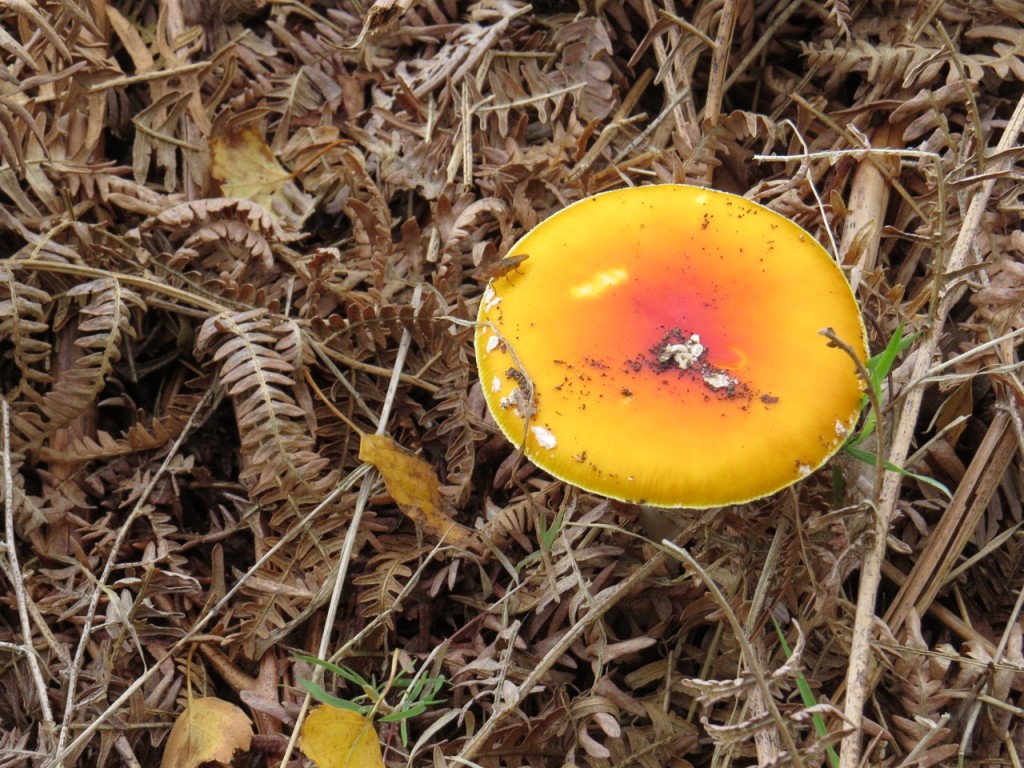